Silver and Bronze for Malagueño LXXXIII and Quincallo de Indalo

Sunday concluded a wonderful edition of the Championship of Spain for Dressage and Adapted Dressage, National Criterium and 2022 Master.  The 1992 Barcelona Olympic facilities and the Royal Polo Club in Barcelona welcomed the almost two hundred pairs for the 5-day event.  The best riders in Spain competed for the maximum honors in the Absolute Category, which had 28 participants.  The three-round battle—in other words, Grand Prix, Grand Prix Special, and Kür Freestyle—was titanic.  A large and important number of Purebred Spanish Horses were there.  For three days, it was an exciting struggle for the gold medal.  The places of the top five fluctuated, with the Freestyle being the turning point for the final position. 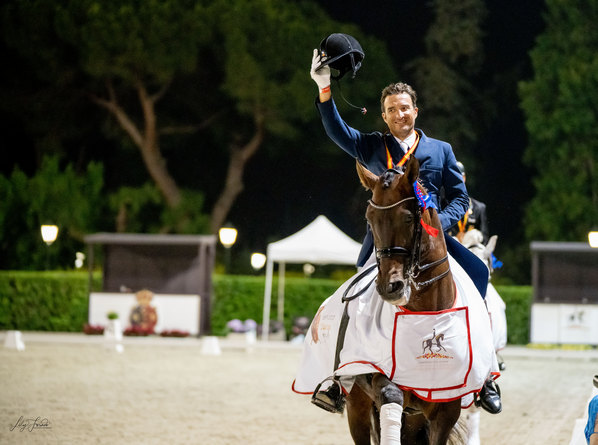 Jose Daniel Martin Dockx with a horse owned by Francisco Santiago Ruiz, named Malagueño LXXXIII, went from less to more. In the Gran Prix, the pair placed fifth (71.304), while in the Grand Prix Special, returned home with the Gold with an impressive 73.489. On the last day, the once again came out on top to take first place (78.155). Finally, with the final tally, the rider from Malaga concluded his participation with the Silver (222.948). 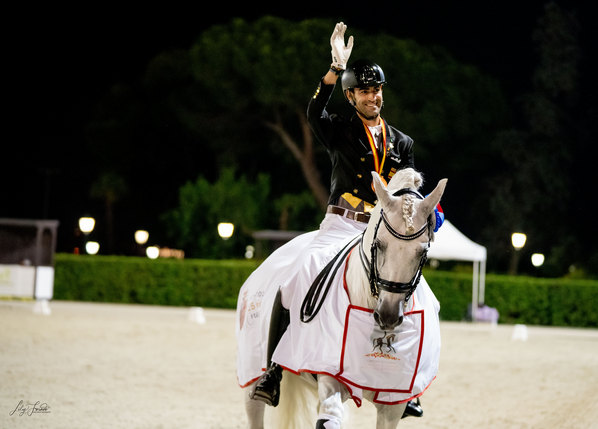 Likewise, Quincallo de Indalo, from Yeguada Indalo, is another example that appears on the honors chart.  Ridden by Alejandro Sanchez del Barco, this pair maintained their position throughout the Grand Prix competition, where they placed third (71.413).  In the Grand Prix Special, they fell to fourth place with a score of 72.702, while in the Final, they placed fifth (74.770). It was the first time that this horse from Yeguada Indalo participated in this event and it returned home with a Bronze medal in its saddlebags. 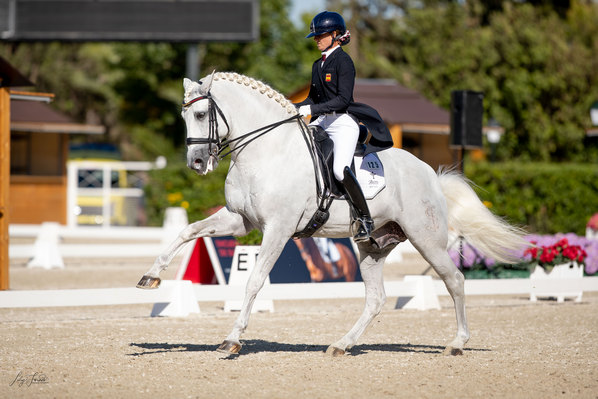 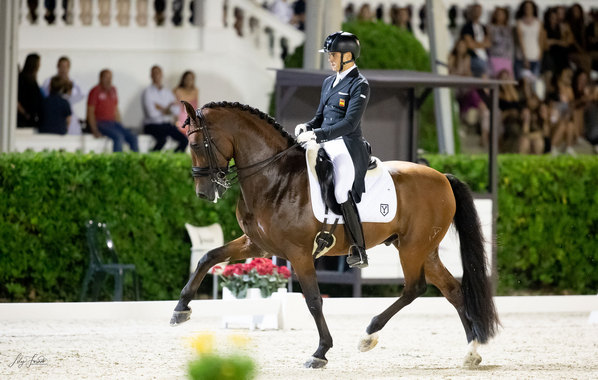 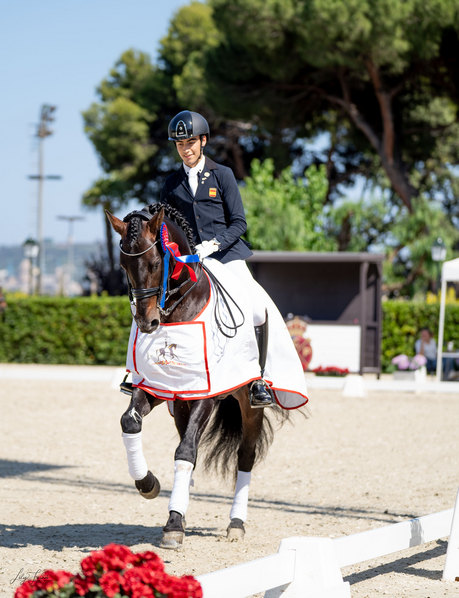 When it came to Junior participants in the Masters, Javier Guillen continues with his golden pathway. This rider from Zaragoza in the saddle of Resuelto AS (bred by Antonio San Roman Moran and owned by Guillen Callejas) was proclaimed as the Champion in the U18 Category. With a triple win, Javier falls within his own category.  In the test for U18 teams, this pair earned a score of 70.273, while in the individual test, their score was 71.294.  In the Kür Freestyle, the pair earned a noteworthy 73.505.In U14, there are always an important number of PRE Horses, and the results speak for themselves. Second and third place were for Purebred Spanish Horses. Silver place (223.468) was for Jeannette Vallve holding the reins of Zanon (bred by Pedro Marques Taltavull and owned by Ganaderia Antonio Melia) and followed by Yaiza Salmon in the saddle of Rui Matxitxaco (219.845), bred by Jose Antonio Ruidiaz Rubio and owned and owned by Santiago Mazo Portugal. 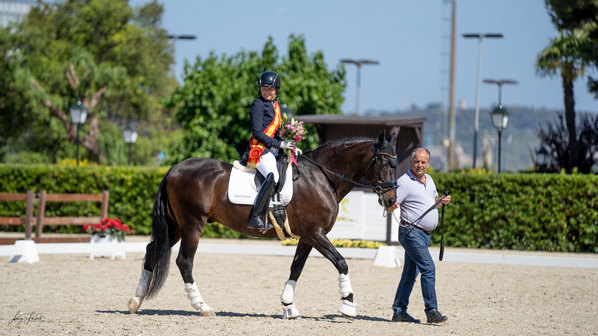 Finally, but equally important, in Adapted Dressage, Daniel Larrañaga in the saddle of Bohemio Los Guerra (bred by Montesclaros and owned by DLZ) earned the Silver Medal in Grade IV. Also, in Grade VI was Maria Sanchez; she is now the Grade VI Champion of Spain with her PRE Horse Olímpico XIX (bred and owned by Yeguada Vega Yares). The silver medal went to Kristi Zallo riding Garboso DEL (bred by Jose Delgado Peinado and owned by Gines Gonzalez Sanchez) thanks to an accumulative score of 196.603. The Champion’s podium included Alejandro Jose Espejo Lanzar in the saddle of Operario VI (188.018), bred by Santiago Illan Fernandez and owned by Espejo Segura.ANCCE would like to congratulate all of these riders and their horse for their amazing victories!